What an extraordinary beginning – the birth of the Quinalow Pub 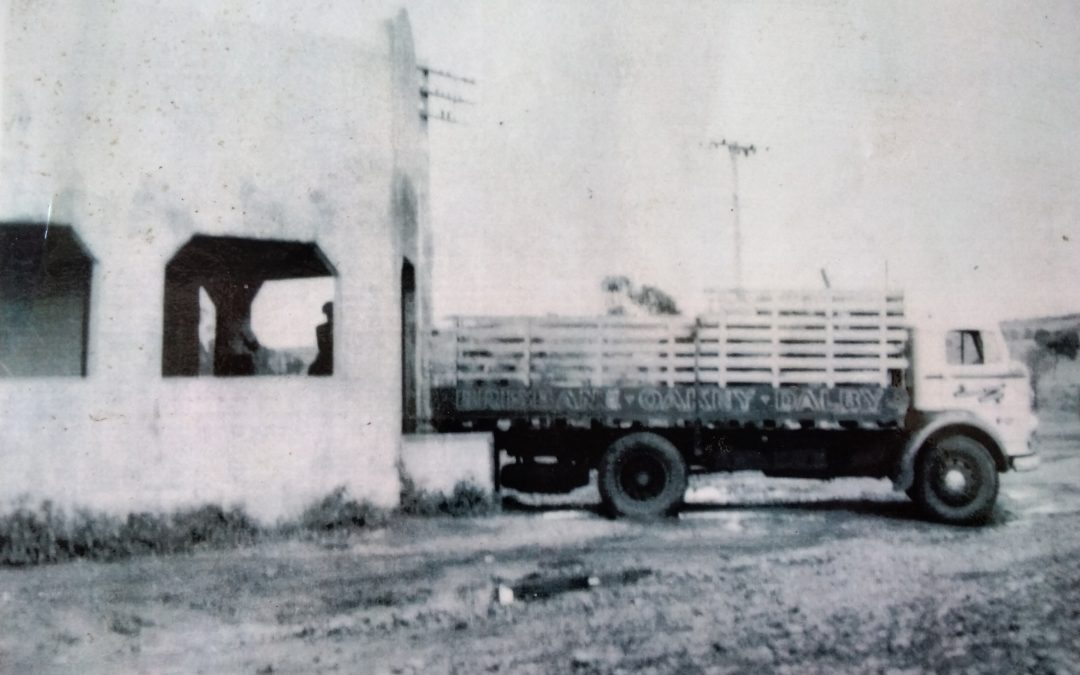 The original hotel was transported from its location at the junction of the Drayton-Wellcamp and Oestrich Roads at Wellcamp near Toowoomba to its Quinalow site. Its exact time frame is a little murky, but these historic photos show its original location in 1903 and its relocation to Quinalow in approximately 1918. But what a challenge that must have been!

The hotel has endured through the changes on the 20th century, when the surrounding area grew to supply the demand of the Quinalow, Peranga and Brymaroo communities. Life was simple, and self-sufficiency was the norm. Those hightop loaves bring back the smells and flavour of freshly baked bread, and the sight of the flour-covered baker. Great newspaper articles help preserve or jog the memories of the long-established local families.

The Daly family’s vision, hard work and fair treatment of its labour force saw the growth the area needed. Part of the community growth was around its social activities and the spread of the motor vehicles designed both for leisure or for tough work, saw a balance of both.

The Quinalow Hotel has moved with the times and before the sports grounds and library became core features, the pub was THE place for community. In the photos below, supplied by current publican and jovial character, Greg Daley, the trucks delivering the kegs for the pub only used the front entrance, while the truck which doubled as a school bus collected the children from the side entrance to avoid the issue of proximity of minors to the alcohol. There is always a compromise!

The outward style of the pub changed considerably over the years. The original pub burnt down in 1923 and a new one was built the same year. The current one with its distinctive enclosed verandah and its stucco facade has graced the corner junction since the late 1940s………certainly different from those of country pubs in other places.

So our walk down memory lane in Quinalow draws to an end. We leave this quiet country town which has survived its fair share of droughts and flooding rains; weathered the ups and downs of economic uncertainty and the hardships of the current 2020-2022 pandemic through its determination to thrive as a community. Converting to a take-away outlet for both alcohol and food has proven to be not only a rallying tactic, but now a regular feature which will endure long in to the future.

We reluctantly leave the charm and character of Quinalow and the pub – and the much-loved legacy that the Daley partnership has created. We know that those venturing to the Bunyas will have a warm welcome from Greg and Cheryl, or whoever takes on the pub in the future. They will be given a place at the bar amongst the regulars, a bloody good feed and a special place to stay and take in this GATEWAY TO THE BUNYAS.

Don’t forget your home-made goodies, and Quinalow Pub momentos – and we leave you with this country song as a tribute.

Quiet in Quinalow | Dear Theo
Another blog by Molly B