The International Day of Indigenous Peoples 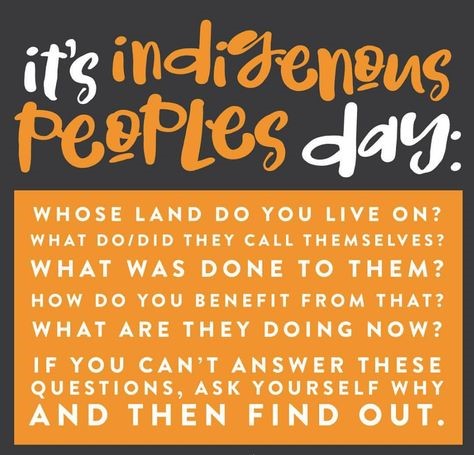 August 9th each year has been declared by the United Nations as the International Day of Indigenous Peoples.

We respectfully acknowledge the traditional custodians of all lands around the globe, and pay tribute to all Elders past, present and emerging for the future.

It is a day on which to reflect on not only the contributions to a sustainable natural environment and protection of life-giving waters and ecosystems by Indigenous groups since the dawn of humans, but also to reflect on the vast contributions these groups have made to human survival and thriving in harmony with nature. 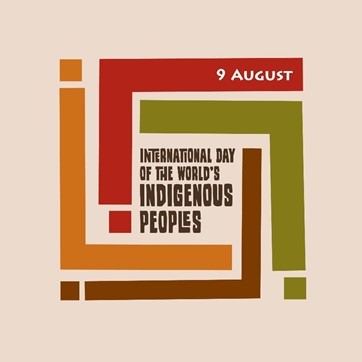 Readily available documentation exists to verify the effects of the industrialisation and degradation of earth’s resources, the effects of colonisation and slavery, the effects of recent monopolisation and corporate global greed – all executed in the name of progress.  At the core of this relatively recent trend towards global domination, has been the attempts to suppress, and often eliminate or assimilate Indigenous populations by more powerful forces. Genocide of peoples considered inferior or in some way where difference has been seen as a threat has been a curse causing untold misery, and the decimation of many Indigenous groups everywhere.

Aboriginal and Torres Strait Islander peoples belong to the longest living culture on Earth.  Their survival in the face of oppression, horrific mistreatment and government policies designed to eliminate or integrate languages, customs and traditions within the dominant power structure is a signal to the world that Indigenous Australians have much to share about living in harmony with the Earth and its natural bounty – and about overcoming inequity.  Survival of the fittest and workable systems within the ever-changing climate patterns over millennia highlight the highly effective adaptability, medical, environmental and scientific skills used to thrive. Ingenuity, invention and standing strong together  have been the key to survival.  Although too slowly for those who suffered and continue to suffer from past wrongs, the tide appears to be turning.

So on this day of reflection, let’s celebrate Indigenous groups around the world, and make it a goal to learn more about the diversity and dignity of our First Nations people here in Australia.  Look local, then look state, then look national to build your personal knowledge base.  A great place to start is the Australian Institute for Aboriginal and Torres Strait Islander Studies www.aiatsis.gov.au or Reconciliation Australia www.reconciliation.org.au.org.au

A blog by Molly B