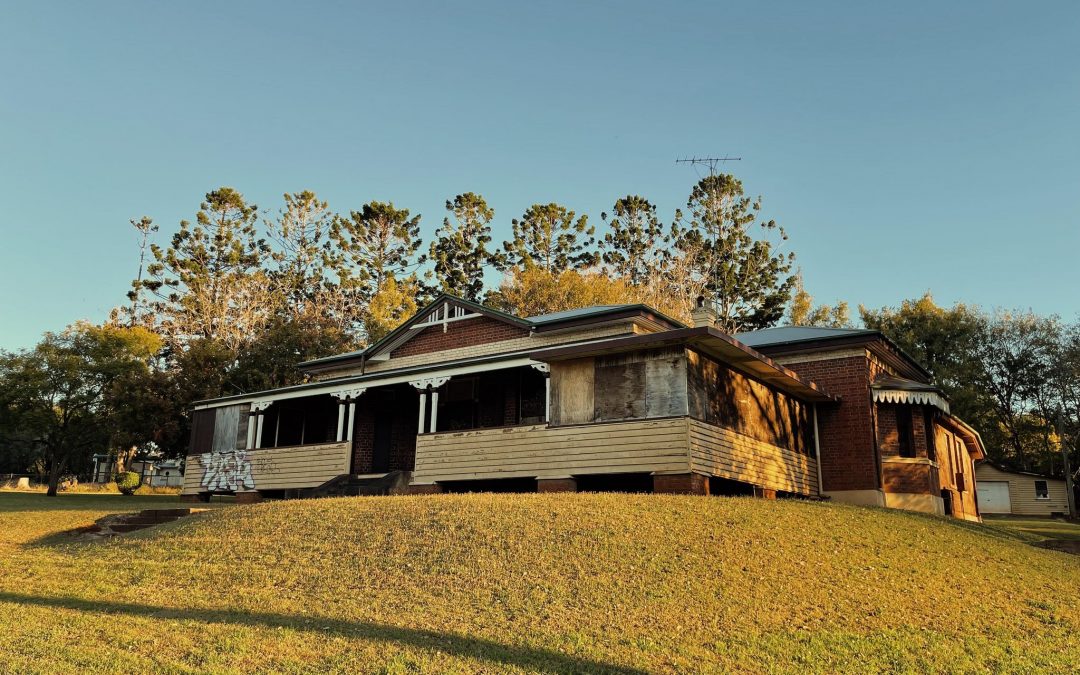 Toowoomba Baille Henderson Hospital was established as a lunatic asylum in 1890 and remains the most intact 19th-century asylum in Queensland. 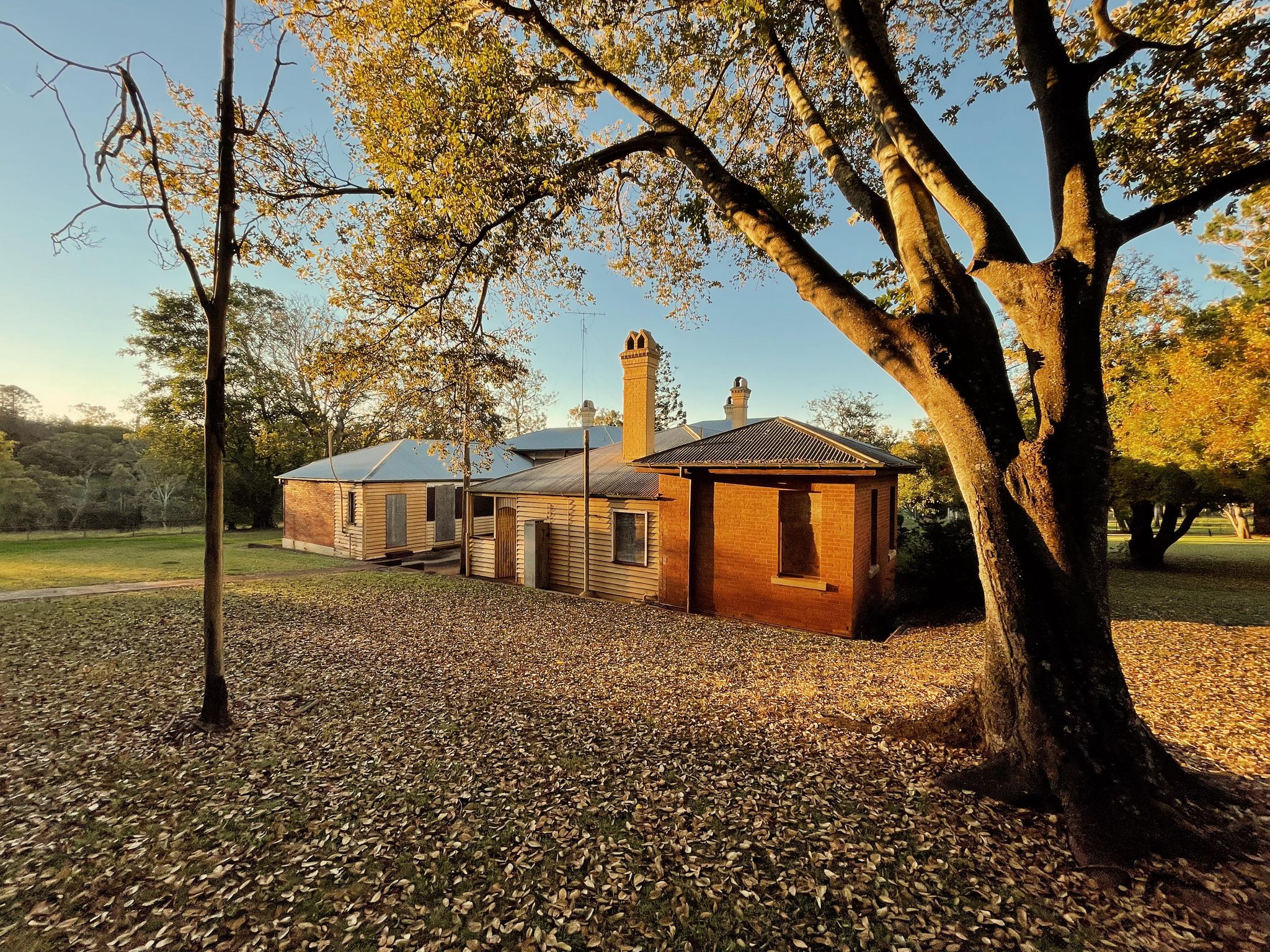 The home for the Medical Superintendent was constructed in 1888, away from the main complex which today overlooks established trees and green fields. When added to Queensland Heritage Resister it was noted that in its original form the main portion of the house had a T-shaped symmetrical layout with verandas to the north, south, and east with a dining room, drawing room, and two large bedrooms all with bay windows.

Two small bedrooms were located at the rear of the house and a semidetached kitchen and pantry on the southeastern corner were accessible from a veranda. A later timber wing was added to the northwest corner and a servant’s bedroom and scullery were added to the kitchen in 1940.

Today, the Superintendent’s House is unloved, uncared for, and remains boarded-up.

In 2017 it was announced that the Baille Henderson Hospital had been chosen as the site for the Toowoomba Hospital Redevelopment. It is said that the redeveloped hospital will bring world-class, innovative health care to Toowoomba and the Darling Downs region.

The Baille Henderson site has a number of heritage-listed buildings, and it has been expressed that the hospital’s design will embrace the site’s history by integrating heritage buildings into the overall health campus.

Positively, Heritage buildings will be refurbished and repurposed for allied health, training, and administration activities.

While the Medical Superintendent may no longer reside here, we can only wonder for the time being what is next in the story of this home.

A blog by Luca Greenleaf from Historic Homes Toowoomba 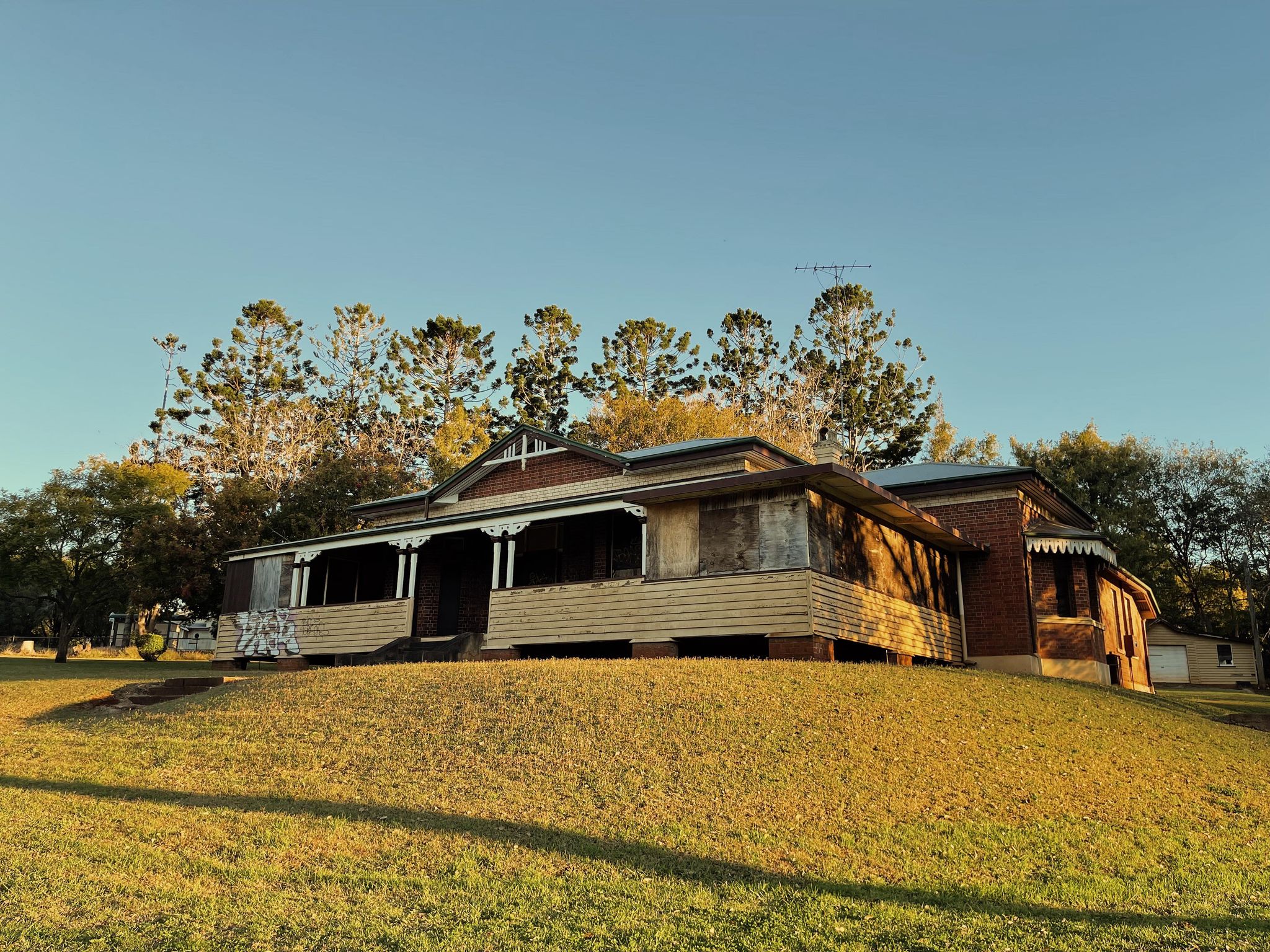