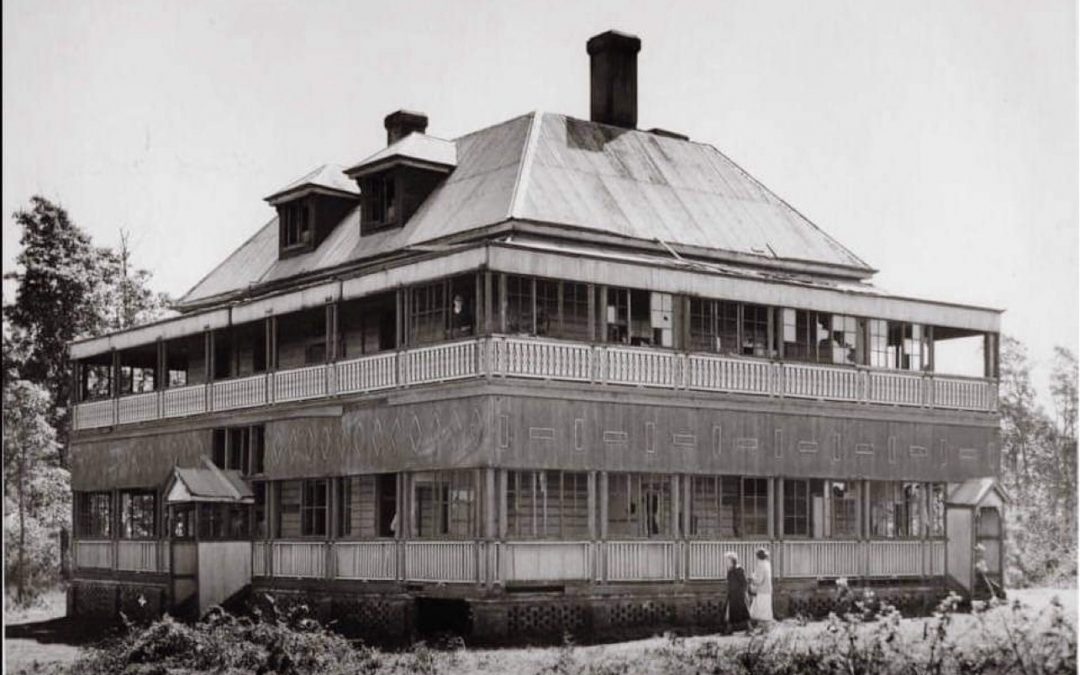 Longview is Toowoomba’s most famous Haunted House, which still lives on in the memories of many.

Built for Charles Cocks in the 1860s, this commanding home originally stood on the corner of Ruthven and Bridge St.  Charles Cocks operated Toowoomba’s first steam-powered sawmill. In 1904 the home was dismantled and rebuilt at the eastern end of North St, Mount Lofty (where the water reservoir stands today) overlooking Toowoomba below.

It was said that “you could climb stairs to the flat roof on top of the building. From there with the aid of a telescope, you could see beyond the Liverpool Range to the sand on the beach at the coast meeting the sky on the horizon”.

Charles Cocks’ daughter Polly became the sole occupant of Longview when he died in 1916.  Many people have said that by the 1950s and by then in her 90s, Polly had a habit of playing her organ during the day and conversing with her dead mother and father.

Polly Cocks died in 1956 and the home was demolished to make way for Toowoomba’s latest water reservoir. By 1956, the home had been vandalised on many occasions, and the fittings, furniture, and windows had been destroyed.

When workmen were demolishing Longview they found a skeleton underneath the home, of a Mount Lofty Hospital resident who had mysteriously vanished many years before.

Longview, while long gone, remains a topic of conversation for Toowoomba residents. A home is gone, but far from forgotten.

A blog by Luca from Historic Homes Toowoomba

Do you know stories about this home? Do you have more photos? Please share with us.