A Love of the Old – Luca Greenleaf 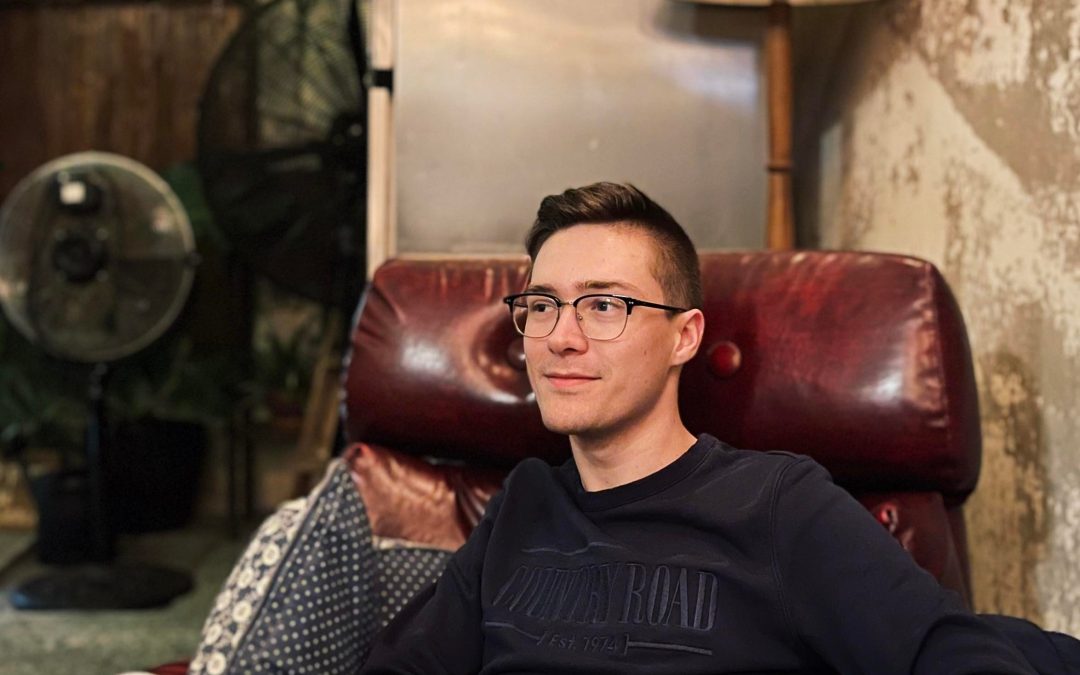 Luca Greenleaf is an engaging young man doing the behind the scenes work selling new homes with a penchant for learning and sharing the history of the historic homes in and around Toowoomba….completely opposite to his career work.
This delightful young writer was drawn to his current foray in to blogging about the stories behind the houses through an early love of history spurred on by his parents. Memories of driving around with them to cemeteries and researching the lives of historical figures, inspired his love of the stories about the buildings which go along with the people.
Initially, fascinated by the history of Downs identities Katie and Walter Hume, and seeking more information through the Toowoomba Historical Society, which he attended with his grandmother in his early years, he was curious to find where their house had been. A lot of detective work, research, conversations with historian Peter Cullen and practical footslog later, Luca solved the mystery…..and you can hear the journey of discovery at the James Street end in his blog.
Then in about September 2020 after post-secondary school years of just settling in to life, and drawing on research projects with his grandmother, he started to write about the architecture and history of buildings that took his interest. He began building his repertoire and has now ventured in to the world on online blogging. Anticipating people new to Toowoomba might be interested in knowing more about the historical building and architectural styles in and around the CBD, Luca has his sights on building an audience and growing the community’s interest in its historical heritage – eventually hoping to collate all his work in to a coffee table book solving the riddles of life and places over the time periods here from 1859 when Queensland and NSW divided and became separate states.
Luca acknowledges that it is the people who lived, worked and loved in those homes that build the character, and his stories are telling that side of it as well. Often original building or sites have been converted and Luca knows the pull of sharing the stories around the old becoming new. Local sites are many, and Luca has had an interest in the area around the Baillie Henderson Hospital in particular and with its role in the current pandemic as a testing site, there may be a new wave of readers to be captured.
Although his grandmother is no longer with us, Luca has kept the tech-savvy notes and conversations online which offer him his next lead in this blogging journey. He has many sites to explore and his well-researched and fascinating blogs are now appearing in toowoombadarlingdowns.com.au on a regular basis.
Blog by Molly B Blogging